The participation in the Conference has been confirmed by:

Polish politician, biochemist, academic teacher, opposition activist during the Polish People’s Republic, publicist, former deputy minister of economy, member of the Sejm of the 7th and 8th term, from 2015 Secretary of State in the Chancellery of the Prime Minister, Government Plenipotentiary for Strategic Energy Infrastructure. 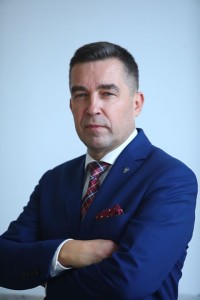 Zbigniew Gryglas – Member of the Polish Parliament, Vice President of the Agreement Party, Chairman of the Parliamentary Team for Offshore Wind Energy. 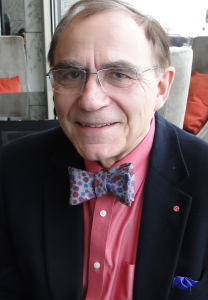 He graduated from the Surveying and Road Technology School in Poznań in 1968 and from the School of Engineering in the Stanford University with Ph.D. in 1981. He is an Adjunct Professor at Stanford University, where for 30 years he has been teaching post-license level.  Since 1980 he has been an employee of the world’s leading Exponent Failure Analysis Associates (www.exponent.com), where today he holds the highest professional title of Senior Fellow.  In 2017 he was admitted to the National Academy of Engineering in the United States. He specializes in research and prevention of engineering and scientific disasters.  He is an author of dozens of publications, lectures and speeches. Renewable energy, including especially goetermistry, is the goal of his many years of work (www.geothermicsolution.com). He is the Co-founder and Chairman of the US-Polish Trade Council (www.usptc.org), an organization of professionals working pro-bono on knowledge transfer and strengthening cooperation between Poland and the United States. He is vice-president of the Council of Polish Engineers of North America. Member of the 1st Council of NCBiR. Co-organizer and academic director at Stanford University of the MNiSW Top 500 Innovators programme. Co-founder of the Polish electromobility programme, Chairman of the Supervisory Board of Electromobility Poland SA. Engineer, entrepreneur and academic teacher, actively involved in the activities of the Polish diaspora for Poland.

Jakub M. Godzimirski (b.1957) has PhD in social anthropology from the Polish Academy of Sciences and Letters PAN (1987) and MA in Social/Cultural Anthropology from University of Warsaw (1981). In 1995 he joined Norwegian Institute of International Affairs NUPI where his main areas of research have been Russian foreign, security and economic policy, energy policy and developments in the post-Soviet space and in Central and Eastern Europe. Godzimirski has conducted several studies on Russian foreign and security policies focusing on Russia’s role in the post-Soviet conflicts, Russia’s relations with other actors (OSCE, NATO, Norway, Poland) and on Russia’s and EU’s energy policy. His major recent publications are The Political Economy of Russian Aluminium – between the Dual State and and Global Markets, a monograph published in 2018 by Palgrave Macmillan in International Political Economy series (IPE) and three edited volumes New Political Economy of Energy in Europe. Power to Project, Power to Adapt, Palgrave Macmillan, IPE series, EU leadership in Energy and Environmental Governance? Global and Local Challenges and Responses, Palgrave Macmillan, IPE series (2017) and Russian Energy in a Changing World: What is the Outlook for the Hydrocarbons Superpower, Ashgate (2013). 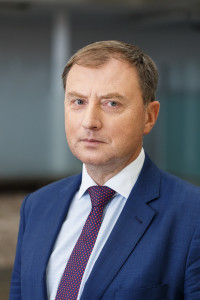 Wojciech Hann – Member of the Management Board of Bank Gospodarstwa Krajowego

He graduated from the University of Wrocław with a degree in theoretical physics and an MBA (Finance and Strategic Management) from the University of Rochester (USA). He has over 20 years of experience in investment banking and corporate finance. He has advised on over fifty transactions, primarily in the energy sector, but also in the banking, machinery, construction, food, IT, petrochemicals and many others, both in Poland, Eastern Europe and Turkey. In 2016, he was Managing Director of the Capital Markets Department of Ipopema Securities. Previously, for 9 years, as a Partner at Deloitte, he was responsible for the development and implementation of M&A advisory projects in Central Europe in the energy sector. In 1998-2008, he worked at UniCredit Markets & Investment Banking / CA IB in Warsaw, and then in Vienna, where he held the position of Director of Energy&Utilities Department. He was also a member of the EY teams in Warsaw, as well as Cortland, Brovitz & Co. in New York.

A long-term employee of the government administration. He works in the Ministry of Development (formerly the Ministry of Economy) and is responsible for supervision of financial and capital market legislation in Poland. He also worked on economic, energy and environmental law. He is responsible for the introduction and implementation of the “Regulatory Reform” (system of Regulatory Impact Assessment, Social Consultation, Deregulation) in Poland. In Polskie Sieci Elektroenergetyczne S.A., as the Managing Director, he is responsible for the following areas: organisational (including corporate governance), executive, strategic analyses, corporate, communication and project methodology management, including preparation and implementation of the Company Strategy. Doctor of Economic Sciences. Author of 23 scientific publications in the field of economics, law, organization and management. 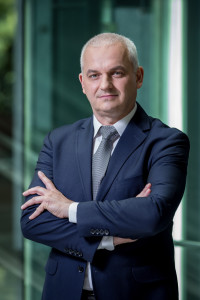 Expert of the Eastern Policy Forum and Assistant Professor at the Institute of International Studies at the University of Wrocław. From 2008 to 2010 he cooperated with the Office of National Security and the Chancellery of the President of the Republic of Poland in the field of national and energy security. In 2016-2018, he was President of the Management Board of the Lower Silesian Institute for Energy Studies. Lecturer in the post-graduate study “Contemporary issues related to the design, construction and operation of gas pipeline systems” at the Wrocław University of Technology. Author of several dozen scientific publications in the field of energy security, energy policy of modern countries, functioning of international energy markets. Publicist and reviewer of “Wiadomości Naftowych i Gazowniczych”, a monthly magazine published by the Scientific and Technical Association of Engineers and Technicians of the Oil and Gas Industry. Author of a conceptual study devoted to the creation of a gas hub in Poland. Marcin Sienkiewicz is a graduate of the Faculty of Political Sciences at the University of Wrocław, where in 2012 he received the title of Doctor of Humanities. Since December 2015 he has been associated with POLPX, where he is responsible for the development of the gas exchange market. 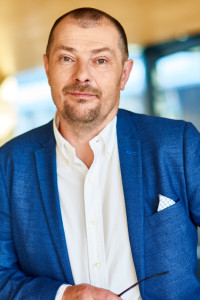 Graduate of the University of Agriculture in Poznań (1990), European Union FH Weihenstephan scholarship holder (1991-1992). In 1994-1999 he was an expert and Project Manager for Phare and USAID aid programmes. He started his professional career in the Voivodship Office in Poznań, from 1993 to 2005 he was a member of the Management Board and Supervisory Boards of commercial law companies related to business consulting, IT and the energy sector. Since 2006 he has been working for the Asseco Group, where he is the manager of the energy and gas sector. He is a co-author of a number of energy market research projects, development strategies for energy companies, restructuring programs, and studies on the development of the energy market. Member of Steering Committees in several of the largest Polish IT projects carried out for the power industry. He is a co-author of the strategy for the development of Asseco’s operations in the domestic and foreign markets and supervises the development of Asseco’s products as well as their internationalization and globalization.

Community Lead, Oil & Gas Industry, Geneva World Economic Forum, where he develops relations with the heads of leading oil and gas companies and shapes the intellectual agenda in the field of oil and gas, in particular with regard to the main trends and related challenges. Previously, he worked in the Chancellery of the Prime Minister and the Ministry of Foreign Affairs, where he was involved in gas negotiations, preparations for the construction of the LNG Terminal in Świnoujście and energy cooperation in the Visegrad Group. He started his career at PGNiG, where he worked on the commercial strategy and diversification of supplies. He is an economist. He studied at the University of Wrocław, Mannheim, Warsaw School of Economics and in Geneva. Member of the audit committee at Geneva Petroleum Club. 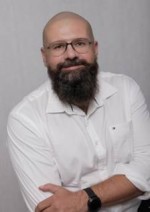 Dr hab. inż. Marek Marcinek is a graduate of Warsaw University of Technology and Warsaw School of Economics. He also completed postgraduate studies in European Union Law at the Faculties of Law and Administration of Warsaw Universities and Poitiers. He worked in Germany, France, Canada, USA (Lawrence Berkeley National Laboratory).

Grzegorz Wrona (MSc, Eng.) – Director for Strategic Development of GC Energy, President of the Management Board Group 590
Experienced manager specializing in the energy sector. He has several years of experience as a Member of the Management Board and Supervisory Boards of such companies as: PGE, Grupa Tauron Polska Energia, Tauron Wytwarzanie, Enea, Spółka Restrukturyzacji Kopalń.
Expert in the field of marketing and sales, valued advisor cooperating with companies in the area of effective marketing and PR campaigns. He managed the areas of logistics, strategy and restructuring. He supervised scientific research. He carried out effective actions aimed at optimizing the management of companies’ assets, reducing fixed costs and effective restructuring of companies.

Grzegorz Kądzielawski, PhD – Vice-President of the Management Board of Grupa Azoty S.A. responsible for innovations and research and development programmes.

He is a graduate of the Faculty of Law and Administration at the Jagiellonian University. In 2017 he received a PhD in legal sciences. He is a research worker at universities in the area of innovation management. Since 2009 he has been a member of the Tarnów Scientific Society. In the years 2011 – 2015 President of the Board of the Energy for Europe Foundation. From 2014 to 2016 he was employee of public administration, including the Ministry of Science and Higher Education. He has an experience in supervisory bodies of joint-stock companies. Member of the Association of Chemical Industry Engineers and Technicians. Author and co-author of many scientific articles in trade journals and book publications. He is a member of the Editorial Board of the international scientific journal “Cement Wapno Beton” and a member of the Jagiellonian University Business Chapter.

Jan Kamoji-Czapiński as Director of Direct Investment Area manages a team that actively supports both Polish and foreign investors in their development in Poland. Since 2016, when LG Chem decided to locate its first plant of cells and batteries for electric cars in Poland, the Agency has serviced a total of 10 projects from the electromobility sector, which ended with a positive location decision of a total value of nearly 2 billion PLN and had created more than 2.4 thousand jobs. Apart from working with investors, Jan actively participates in works related to the adaptation of state aid regulations to the transformation of the Polish economy from imitation to innovative economy. He completed his interdisciplinary studies on foreign investments at Warsaw and Bologna universities. Before joining the PAIH team, he worked in financial institutions in Budapest and Bratislava. 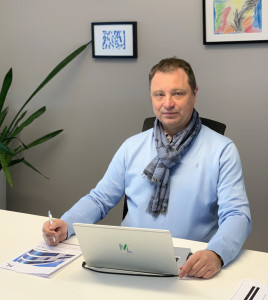 Dawid Cycoń – President of the Management Board, founder and co-owner of ML SYSTEM S.A.

Graduated from the Faculty of Management at the AGH University of Science and Technology in Kraków. For 12 years he performed independent functions of a specialist and Head of marketing and sales for companies such as Fakro and Reynaers. Originator and co-founder of ML SYSTEM S.A., which he successfully introduced to the main market of the Warsaw Stock Exchange in June 2018. President and Director for Research and Development at ML SYSTEM, co-creating the Company’s development strategies based on the development and transfer of research results to the industrial scale. Originator and executor of the ML SYSTEM Photovoltaic Research Centre. He built a market for BIPV and Smart City products. Co-author of 13 patent applications (including 5 obtained patents), 8 utility models protected by law, as well as publications on photovoltaic cells and panels. 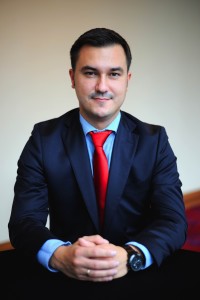 Graduate of the Poznań University of Economics and MBA studies at Aalto University (Finland). He started his career in the Department of Investor Relations and Capital Markets in a company from WIG20. Currently he is responsible for managing the innovation department in the RAFAKO Group.

Head of the project of the first Polish electric bus with batteries in the chassis – RAFAKO E-BUS. He works closely with InnoEnergy on a daily basis. H2020 expert at EASME. He supports start-ups in Europe in the energy and electromobility sector. He actively participates in the activities of the European Battery Alliance under the wings of the European Commission. Recently involved in the venture capital market, especially in shaping the VC market in Poland.