A webinar on Polish-Hungarian cooperation in the field of energy security and energy sector transformation was held on July 8. Participants in the discussion included:

The discussion was moderated by Dr. Anna Kucharska, Expert at the I. Łukasiewicz Institute for Energy Policy. 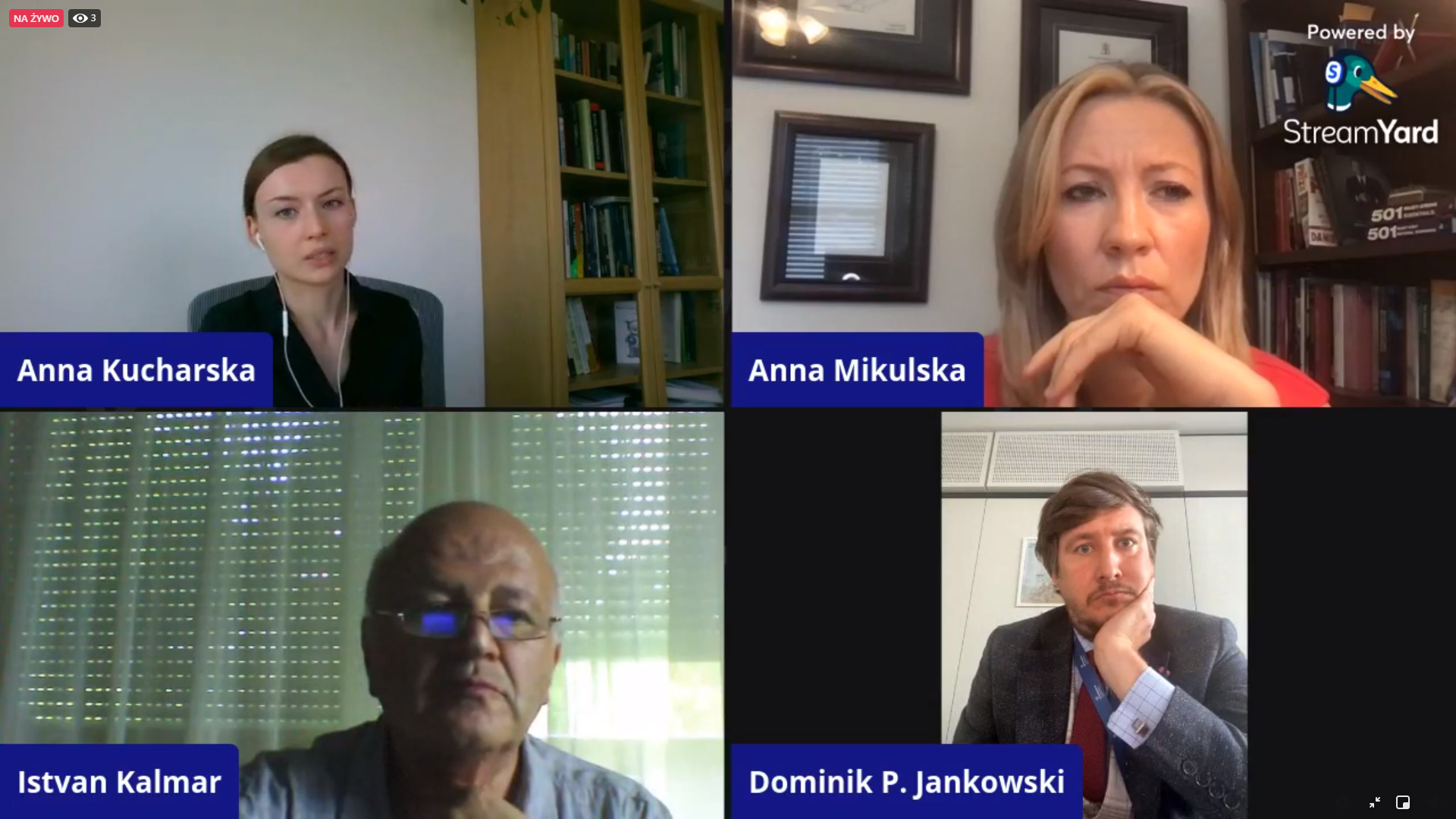 The guests discussed the challenges faced by Poland and Hungary in terms of energy security, energy transition, scenarios for the development of their economies and possible cooperation between them.

In Poland, the share of renewable energy in the energy mix is about 12%. Polish energy sector relies heavily on coal, which is also largely imported – in 2020 it was almost 13%. Hungary, on the other hand, is one of 11 member states that have already met their 2020 targets in 2018. Even so, the share of renewable energy has been falling since 2013. Hungary continues to have a relatively high import exposure, where the degree of import dependence on all energy sources was slightly over 56% in 2020.

Despite some declines in 2020 due to pandemic and frozen economies, overall energy consumption continues to grow in both Poland and Hungary. There are some differences in the characteristics of these two countries when it comes to the energy sector. Hungary has a large potential for solar energy production, while Poland has a large potential for wind energy due to its access to the Baltic Sea.

Nowadays we observe that energy transition strongly affects the economy and society. We are creating new economic branches such as electromobility, there are a lot of start-ups related to renewable energy sources and energy services. Furthermore, we have more and more modern solutions in our homes, for example in the field of heating or prosumerism.

In relation to all these facts, the participants have resolved whether the changes we observe in Europe and in the world also give Poland and Hungary a chance to push forward the development of their economies. This is especially important now, in times of a pandemic, where the negative economic effects are more and more felt and there is a need to look for new stimuli for rebuilding economies after a pandemic. The speakers also discussed the weaknesses of the energy transition process in Poland and Hungary and the threats that may arise.

Among the many issues that were raised during the conversation, participants referred to such issues as:

The entire discussion is available here.

Profiles of participants in the debate:

Dominik P. JANKOWSKI – Security policy expert, diplomat and think-tanker. He currently works as political advisor and head of the Political Section at the Permanent Delegation of Poland to NATO. Previously he worked, among others, as head of the OSCE and Eastern Security Division at the Ministry of Foreign Affairs of Poland and head of the Strategic Analysis Division at the National Security Bureau. He started his career at the General Staff of the Polish Armed Forces. His publications, including in the field of energy security and the impact of climate change on security, appeared in more than 20 countries around the world. He graduated from the Warsaw School of Economics, the National Defence University in Warsaw and the Diplomatic Academy in Vienna. He conducted research at the Johannes Gutenberg University Mainz (2013) and completed the Bucerius Summer School organised by the “Die ZEIT” Foundation (2014). He received prestigious fellowships from the German Marshall Fund (2012 Marshall Memorial Fellow), the French Ministry of Defence (2012 Personnalité d’avenir défense) and the Center for European Policy Analysis (2019 James S. Denton Transatlantic Fellow). Since 2014, he has been a member of the Munich Young Leaders (an initiative of the Körber Foundation and the Munich Security Conference).

Anna MIKULSKA, PhD – is a research fellow at the Center for Energy Studies at the Baker Institute for Public Policy at Rice University (USA). Her research focuses on the geopolitics of natural gas security and energy security in the EU, the former Soviet bloc and Russia. In addition, she works on the US shale revolution and the global energy transition. Mikulska also serves as a senior fellow at the Kleinman Center for Energy Policy at the University of Pennsylvania, where she conducts seminars on energy policy. She is also a member of the Scientific Council of the Adam Mickiewicz University Law Review. She speaks Polish, English, German, Persian and Russian. She holds a Master’s degree in Law from Adam Mickiewicz University, a Master’s degree in International Relations from the University of Windsor, Canada and a PhD in Political Science from the University of Houston, USA.

Istvan KALMAR, PhD – Co-owner and Managing Director in the Calamites Kft, a Hungarian company which aims in creating a market for the mine, exploiting the critical and rare earth minerals using coal and CO2 as chemical raw material and the inerts as construction and heat storage material the strategy is to maintain licenses for the mining and make optimal planning of the mine operation, based on the market outlined above. He was graduated as a Dipl Ingenieur at the Bergakademie Freiberg and holds a doctorate in economics. He has extensive experience in the energy industry. In addition to his native Hungarian, he is fluent in English and German.

Anna KUCHARSKA, PhD – Expert of the Ignacy Łukasiewicz Institute for Energy Policy, member of working groups in the Polish Hydrogen Agreement and E.DSO Expert in the Smart Networks for Energy Transition within the European Technology & Innovation Platforms. Scholarship holder at the University of Duisburg-Essen (Germany), member of the Polish Political Science Association and the Polish Society for International Studies. Author of scientific publications, analyses and expert reports from the area of energy transition and energy security policy with focus on the European area, German speaking countries and Visegrad Group. 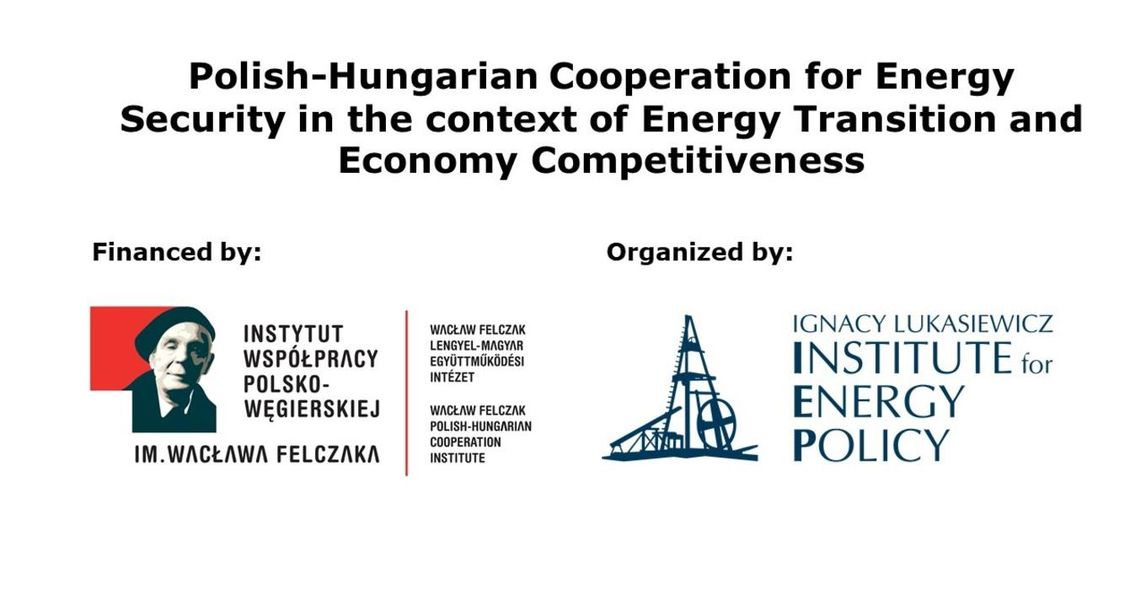