This book is dedicated to the life and work of Ignacy Łukasiewicz, Polish pharmacist whose world-renowned achievements include construction of the world’s first oil refinery and invention of the modern kerosene lamp. The authors also portray the history of the Galician oil industry and set it in the context of political, social and technological changes taking place in the 19th-century Central and Eastern Europe.

“The work adds substantially to existing scholarship in English. As the author of the only English-language academic monograph devoted to a general history of the Galician oil industry, I can attest that this manuscript adds significant and important information, details, depth of investigation that is not provided in my book or any other book. It therefore makes a novel contribution that will be very valuable to anyone looking for a truly detailed account of Ignacy Łukasiewicz’s contribution within the context of the Galician oil industry in general.”

“The authors sketch the profiles of two outstanding Poles, pioneers of the oil industry – Ignacy Łukasiewicz, MSc. in Pharmacy, and mining engineer and geologist Witold Zglenicki, called the Polish Nobel (…) This scientific work is an interesting and captivating read. It can be used not only by scientists and students, but also by everyone who is interested in industrial cultural heritage (…).” 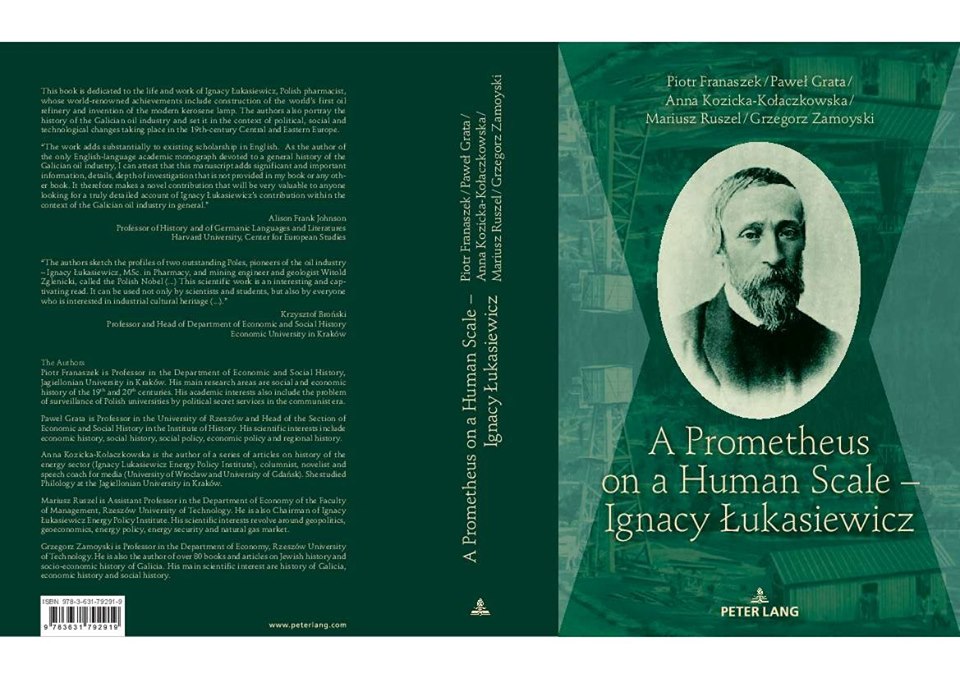