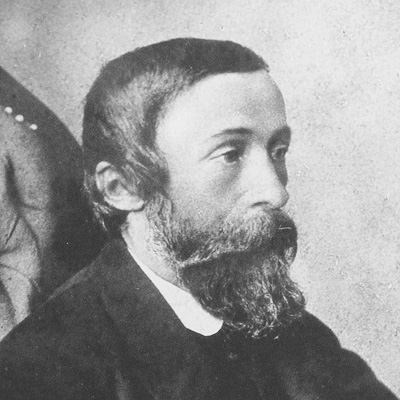 Ignacy Lukasiewicz was born on 8th March 1822 in the village of Zaduszniki in Tarnów District, as one of the children of Jozef Lukasiewicz and Apolonia née Świetlik. In 1830, the family moved to Rzeszów, where two years later Ignacy began his education at the local Piarist secondary school, in the facilities now occupied by Stanisław Konarski General Secondary School.  Having completed four classes of the school, in June 1836 Ignacy started his traineeship at the pharmacy of Antoni Swoboda in Łańcut. After he passed a pharmacist's assistant exam, Ignacy continued as Antoni Swoboda's assistant, and on 6th October 1841 he began the same work at Edward Hűbl's pharmacy in Rzeszów. After the defeat of the Cracow Uprising, Lukasiewicz suspected of conspiracy was arrested and imprisoned for a year. When released, on 15th August 1848, he resumed the work as a pharmacist's assistant, this time in Lviv, at the pharmacy “Pod Złotą Gwiazdą”, which belonged to mgr Piotr Mikolasch. There he concentrated on studying chemistry and pharmacognosy, the study of medicinal drugs derived from plants. Thanks to Mikolasch's personal intercession with the Austrian authorities, in 1850 Ignacy Lukasiewicz began studies at the two-year Pharmacy College at the Faculty of Philosophy of Jagiellonian University. He graduated as scheduled and obtained master's degree with the mark 'very good'. Back in Lviv, Lukasiewicz first worked with petroleum, collaborating in its distillation with his colleague Jan Zeh in the years 1852-1853. Their efforts resulted in receiving kerosene and the invention of kerosene lamp, which was first lit in 1853 in Mikolasch's pharmacy. On 31st July 1853, a kerosene lamp was used to illuminate an operating room at a hospital in Lviv during a surgery.

In comparison to previous work on petroleum, studies carried out by Ignacy Lukasiewicz and Jan Zeh were based on the contemporary knowledge and the use of professional pharmacy equipment. When Lukasiewicz finished work at Mikolasch's pharmacy, he moved to Gorlice, where he leased a pharmacy from a widow of its previous owner Juliusz Bartko, and then another one from the successors of Józef Palach in Jasło. In 1854, Ignacy Lukasiewicz, Tytus Trzecieski and Karol Klobassa-Zrencki established the first oil mine in Bóbrka (still operating) and thus became the pioneers of global oil industry. It was thanks to Ignacy Lukasiewicz that in 1854 the world's first street kerosene lamp was lit in Zawodzie, at the junction of roads leading to Sękowa and Wysowa. In 1859, Ignacy Lukasiewicz obtained a licence for running his own pharmacy in Brzostek. He opened it on 15th February 1859 but sold it on 1st September, and only focused on petroleum from then on. In 1857, in Klęczany near Nowy Sącz, Ignacy Lukasiewicz and his partners, Apolinary and Eugeniusz Zieliński, established an oil refinery. He opened another one in 1859 in Polanka near Krosno, and one more in 1865 in a village of Chorkówka, which he had purchased. In the 1868-1881 period, Ignacy Lukasiewicz started several oil mines in Beskid Dukielski and Gorlickie. In 1877, he organized an Oil Industry Congress in Lviv and founded the National Oil Society in Gorlice. His activity was suddenly stopped by his death on 7th January 1882.
Based on: W. Bonusiak, Szejk z Galicji. Ignacy Lukasiewicz 1822-1882, Wydawnictwo Libra, Rzeszów 2007.